Last month, I was invited by our colleagues, at Birmingham  City University, to be part of their international Interreg Policy Clinic for Cross-Innovation, in Stockholm.  The theme of the clinic was ‘Using Space to Promote Innovation‘, with particular reference to the creative digital industry.

I was more than happy to take up BCU’s offer, especially as there is lots of  new and exciting work being done in our region to transform physical spaces for the enhancement of science, technology and business interplay.  Philip Singleton and his team at Millennium Point– as per our last blog- are bringing several science and technology innovation fields under one roof through their ‘Play, Move, Work, Live’ theme; thus creating dynamic synergies between the diverse fields of  digital media, health, low-carbon, infrastructure and the arts. David Hardman and his team, at Birmingham Science Park Aston, are creating a ‘Science Park Without Walls’ which links the use of physical and virtual space to create a science park with a truly global reach.

By visiting Sweden, I saw the opportunity to both showcase our good-practice and learn about what other delegates and, in particular, our Swedish hosts, wished to share about their own space-based innovations and observations.

I took away a few good tips:

Although business manuals sell millions of copies by telling us how to do this or that to get amazing results, there is no off-the-shelf solution for success.

Whilst it is fine to aspire to be as successful as Silicon Valley (albeit on a different scale), we should avoid trying to be Silicon Valley.  Emulating its business models and structures too closely is unlikely to work well.  Agreed.  Space is a tangible and quantifiable thing, but the relationships that inhabit it are much less so.  Each space has an existing or incoming community with a unique ecosystem of needs, capabilities, limitations and working dynamics.  Enforcing alien templates is likely to stifle creativity and that vital sense of community and ownership which is crucial to the cohesion and success of the space’s function.

[Image by Georgia Institute of Technology]

Particularly important in achieving success is being able to understand what motivates current and potential residents.  Success and wealth creation may be  key to the commercial viability of the space, but these should not dominate the host’s relationship with and selection of tenants. Sara Loenroth of Stockholm’s Transit Kultur creative business incubator keeps things creative.  She explained:  ‘an artist is an entrepreneur by definition… by helping them to find structure and helping them them to understand entrepreneurialism through how they understand their art… you can produce great results’.  Help companies to understand business in a way that means something to them.  Soft touch and gradual business guidance are better than pushing homogenous working cultures.

Understanding an innovation space means understanding what and who is in the space, as above; but it also means understanding what and who is around the space.  Spaces should play a role as centres of connectivity- as open catalysts rather than fortresses.  It is healthy for relevant interest-based communities around as well as in them to determine their nature and function.  Allowing this fluidity and dialogue is often key to their success and longevity.

An interesting example of this connected longeivity is Stockholm’s Royal Sea Port Media Cluster.  This is not wholly a science and technology  innovation space, but its life-story to date can be taken as a case study of a thriving space and place-based centre that is self-growing and replenishing- a kind of biosphere, I suppose.  Interestingly, it has received no government intervention whatsoever- funding or otherwise- to grow and prosper.  Businesses  like to congregate and develop of their own accord. RSP’s canned history reads thus:

A move of the docks to another area of the city left acres of brownfield land vacant.  Television companies initially seeking low-price real-estate and lots of it (to build their studios) settled.  Then came designers and technologists to service the film and television offering.  Now, it is truly an ecosystem: with companies collaborating; staff moving freely between them to enhance their skills and knowledge, and then returning to more senior positions years later; new start-ups developing upon finding their niche, etc.

Of course, RSP is in a capital city that has considerable industry pull.  But, size aside, what makes it work is, arguably scalable.  The questioning is about harnessing interest, getting known as a space for dialogue and collaboration, and letting these developments go on to reap their own rewards and benefits.  Reputation travels, and if it is the right reputation, opportunities are likely to gravitate towards you. 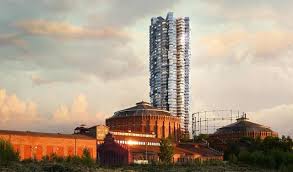 Combine wisdom and a sizable helping of chance…

My conversations, in Stockholm, reminded me of a recent talk by David Hardman which featured the Three  Princes of Serendip and their discoveries resulting from a mixture of wisdom and accident. 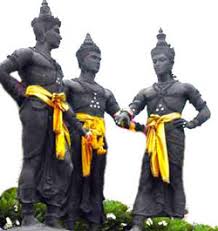 The Three Prices of Serendip [Image by Nina Spencer]

No matter how well thought-out your plans, don’t be too swift to handpick your network based on what you think you want to achieve.  You may have  certain industry strengths in your area, so- as above-  make efforts to welcome the relevant communities.  But don’t prevent those who are not of your target  industries from developing active roles in your space.

Fredrik Helgostam, runs the highly successful co-working space Kolonien.  It is located in what is best described as the ‘innovation campus’ of Telefonplan- the former site of Ericsson’s telephone factory.  Kolonien is a well known for its technology-based achievements.  However, the majority of companies are not technology companies, but design, form, media and creative enterprises .  Helgostam is not too concerned.  He’s quite the opposite, in fact. He boils high levels of occupancy and innovation down to ‘a climate of co-operation’.  Diverse individuals and diverse disciplines meet and synergies form.  By giving companies windows into different worlds, on a daily basis, they become flexible and open-minded.  They find new ways to solve challenges in ways that their training and professional mindset would not automatically proffer.

Between Order and Chaos

So, successful innovation spaces should promote something  in between order and chaos-  something like planned openness and serendipity if there can be such a thing.

When we talk about spaces, it is easy to focus on their physical characteristics.  But whilst the right levels of comfort and aesthetics are undoubtedly conducive  to creativity and productivity, innovation spaces are largely about the people that fill them and even more about how they interact.  Innovation spaces should, perhaps,  be called ‘canvasses’- areas designated for creativity, imagination, skills and expertise to bloom.  Those like David and Philip are on the right lines- successful spaces should be without walls and have plenty of room for enjoyment, interaction, diligence and a sense of belonging that come with playing, moving, working and living.

And finally… I would like to extend a big ‘thank you’ to Steve Harding, Tom Cahill-Jones and Alexa Torlo-Hartwell, of BCU, for their invitation and support in inviting me to represent Birmingham Science City.  Also, very many thanks to our wonderful hosts in Stockholm, especially Monica Slama.

Blog: Growing Leadership, Management and Mindsets for Innovation in the West Midlands

Learning from Sweden on Innovation in Public Services

How do I expand my UK business overseas?